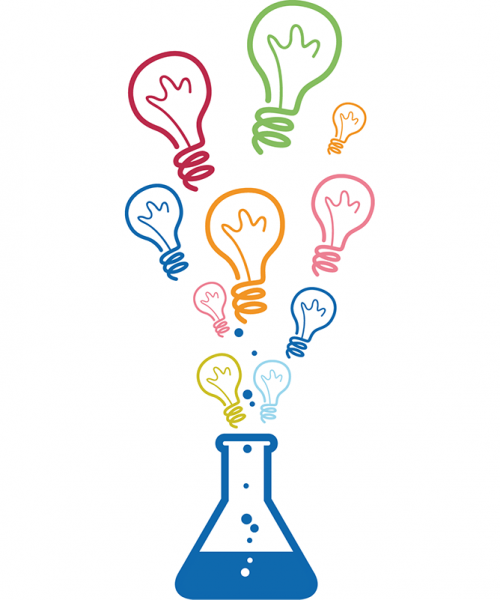 One year celebrating the most exciting stories in science history.

In 1971 Berkeley chemists announced the first synthetic production of growth hormone. Nowadays hormones and cytokines are standard tools in medical practice as well as research.

In 1869 Dmitry Mendelejew presented his first version of the periodic table of elements to the Russian Chemical Society. Its relative simplicity made it a valuable didactic tool and the recognizable symbol of chemistry as a whole.

In 1996, the government of the United Kingdom first announced the possible connection between the bovine spongiform encephalopathy (BSE) and the new variant Creutzfeldt-Jakob disease (nvCJD).

In 1969, Thomas D. Brock and Hudson Freeze published their discovery and cultivation methods of a new species of thermophilic bacteria, which they named Thermus aquaticus.

In 1956 Arthur Kornberg and his team of biochemists were the first to isolate and later characterize the enzyme which is now known as DNA polymerase I.

In 1796, the English physician and scientist Edward Jenner tested the “world’s first vaccine” on the eight-year-old James Phipps.

In 1747, James Lind, the ship surgeon of the HMS Salisbury, conducted one the first clinical trials in medical history and thereby finding a cure for scurvy.

In 1981 Michael S. Gottlieb, an immunologist and assistant professor of medicine at the UCLA, and Joel Weisman, DO jointly reported an unusual and novel immunological condition in homosexual men that would later be named AIDS.

In 1976 Y.G., a storekeeper at the cotton factory in Nzara, South Sudan, suddenly became ill with high fever, chest pain and headaches. This disease would be later named after the Ebola river.

In 1975, César Milstein und Georges Köhler published their seminal paper on the production of monoclonal antibodies in continuous cell culture.

In 2006 Cell published Kazutoshi Takahashi and Shinya Yamanaka's work on the induction of pluripotency in embryonic and adult fibroblasts.

In 1900, Ashanti DeSilva became the first of only two participants in the worlds first approved gene therapy trial. The experimental setup of the trial as well as the interpretation of the results have been the object of considerable criticism, but despite its flaws this trial showed that gene therapy can be done.

Tags: Science History, Biomol
Related blog posts
The First Synthetic Production of Growth Hormone
Henrietta Lacks' Immortal Cells
The First Therapeutic Use of Penicillin
The Development of the Periodic Table of Elements
Creutzfeld Jacob Disease and BSE
This website uses cookies, which are necessary for the technical operation of the website and are always set. Other cookies, which increase the usability of this website, serve for direct advertising or simplify interaction with other websites and social networks, will only be used with your consent. More information
Decline Accept all Configure