The Discovery of Thermus aquaticus 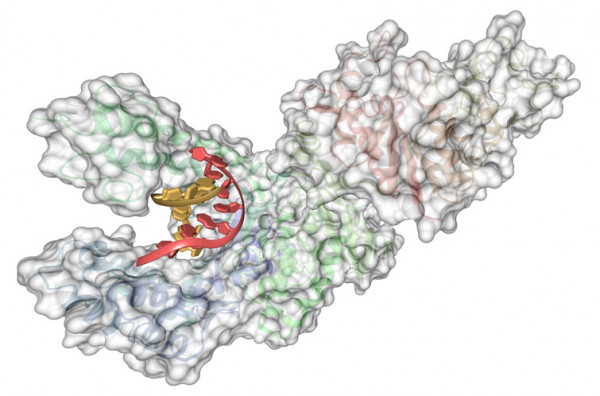 On April 1, 1969, Thomas D. Brock and Hudson Freeze published their discovery and cultivation methods of a new species of thermophilic bacteria, which they named Thermus aquaticus.

In the early 1960s, researchers began showing interest in extremophile bacteria and the microbial ecology of the hot springs in Yellowstone National Park. One of these scientists was Indiana University microbiologist Thomas D. Brock. At that time it was assumed that microbial life could not be sustained in a culture at temperatures surpassing 60°C.

Focusing at first on the ecology of different phototrophic thermophile microbes, Brock not only noticed that cyanobacteria live in water up to 73°C but that many chemotrophic microbes in the same habitat have an even higher upper temperature limit. In a lead article in Science published in 1967 Brooks put it this way: "Bacteria are able to grow ... at any temperature at which there is liquid water, even in pools which are above the boiling point." One of these bacteria was a pink filamentous microbe Brock discovered in 88°C water at Octopus Spring. After many failed attempts to cultivate these bacteria at 55°C, this was the usual protocol for the isolation of thermophiles, Brock and his undergraduate student Hudson Freeze finally succeeded after diluting the media and increasing its temperature to 70-75°C.

In 1969, they reported the discovery of the new species Thermus aquaticus in the Journal of Microbiology. Brock's 1967 Science review and the 1969 paper attracted the interest of biochemists from academia and industry alike in search of sources of thermostable enzymes. Among these enzymes were the T. aquaticus DNA polymerase "Taq" and the TaqI restriction enzyme. Taq was first isolated in 1976 and in 1983 it became the cornerstone of Kary Mullis invention of the Polymerase Chain Reaction (PCR). The story of Thermus aquaticus is the story of basic and fairly abstract research leading to the emergence of a new multimillion dollar industry, and countless scientific findings and innovations. Who would have thought in 1960 that the microbial ecology of Yellowstone National Park might leave such an enormous footprint on scientific history?

Tags: Science History, Biomol
Related blog posts
The Development of the Periodic Table of Elements
The Discovery of DNA Polymerase
Creutzfeld Jacob Disease and BSE
Invention of the Hybridoma Technology
Induced Pluripotent Stem Cells
This website uses cookies, which are necessary for the technical operation of the website and are always set. Other cookies, which increase the usability of this website, serve for direct advertising or simplify interaction with other websites and social networks, will only be used with your consent. More information
Decline Accept all Configure