The Cure for Scurvy 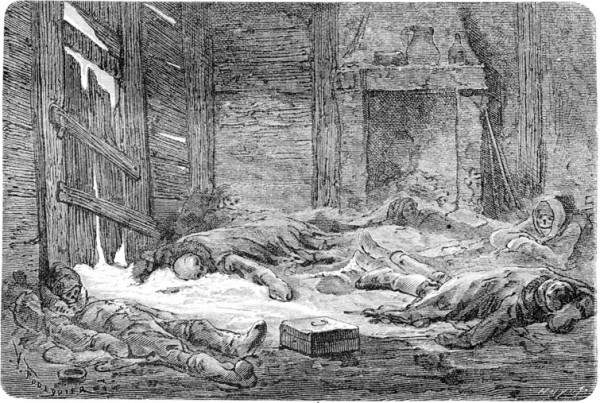 On May 20, 1747, James Lind, the ship surgeon of the HMS Salisbury, conducted one of the first clinical trials in medical history and thereby finding a cure for scurvy. Sadly, he did not realize it himself.

Scurvy, a History of Vitamin Deficiency

Scurvy, first documented as a disease by Hippocrates, was the bane of all sea faring nations until the dawn of the 19th century. Today known to be caused by vitamin C deficiency, scurvy cases have become rare and the treatment, a simple vitamin C rich diet, uncomplicated and cheap. In medieval Europe, scurvy was a disease of the impoverished peasants occuring during the winter months. Their diet, mainly bread and gruel, oftentimes lacked sufficient amounts of vitamin C and after one to three months the afflicted began developing among other symptoms lethargy, gum disease, hemorrhages, and jaundice. If the patients were left untreated, i.e. without a source of vitamin C, they would die eventually and invariably from heart failure, diarrhea, or opportunistic infections.

With the beginning of the age of discovery and extensive sea voyages, scurvy was catapulted to prime importance for traders, explorers and admirals alike. The main concern with regards to provisions was preserving them during long journeys. Fruits and vegetables were obviously not suited for this purpose. A sailor’s diet consisted of rusk, dried, salted or pickled meat and fish, cheese as well as a wide variety of alcoholic beverages, none of which are particularly rich in vitamin C. Thus scurvy ran rampant in the navies of the early modern era and an estimated two million sailors died from scurvy between 1500 and 1700. The magnitude of scurvy’s effect on the fighting power of the Royal Navy was outlined in 1753 by James Lind, the protagonist of this story:

“Armies have been supposed to lose more of their men by sickness, than by the sword. But this observation has been much more verified in our fleets and squadrons; where the scurvy alone, during the last war, proved a more destructive enemy, and cut off more valuable lives, than the united efforts of the French and Spanish arms.”

Scurvy was believed at the time to be a disease caused by malnutrition, faulty digestion, and the cold and damp conditions on ship. The curative effect of a varied diet of fruits and vegetables was discovered, forgotten, and rediscovered multiple times in the preceding centuries, but the impracticality of providing fruits on long voyages as well as lack of communication prevented widespread recognition. James Lind believed scurvy to be caused by putrefaction of the body due to “insensible perspiration” and the subsequent accumulation of “poisonous and noxious” humours. He thought that ingestion of acids could remedy the disease and so on May 20, 1747 while serving as surgeon on board the HMS Salisbury he started the first clinical experiment in the history of medicine. The ship was patrolling the Bay of Biscay and after two months at sea scurvy was rampant. Lind chose twelve scorbutic sailors, all in similar physical condition, and divided them into six groups of two. In addition to their normal, identical diet the groups respectively received per day a quart of cider, twenty-five drops of sulfuric acid, six spoonfuls of vinegar, half a pint of seawater, two oranges and one lemon or a spice paste. By day six one of the sailors treated with oranges and lemons was fit for duty, while the other had almost recovered. The cider group also showed signs of recovery whereas all the other supplements unsurprisingly for us were ineffective.

In 1753 after retiring from the navy Lind published his results in A treatise of the scurvy. The book was ignored for the most part, mainly because Lind himself did not reach the conclusion that seems so obvious to us in hindsight. Rather than recognizing citrus fruit as the cure and prevention for scurvy, Lind in accordance with the medical establishment saw them as an emergency solution inferior to preventive measures like exercise and fresh air.

It would be more than 40 years later in 1794 at the insistence of Rear Admiral Gardner that lemon juice was issued on board the HMS Suffolk on her twenty-three week, non-stop voyage to India. The sailors did not contract scurvy and the admiralty subsequently ordered the issuing of lemon juice to the entire fleet. The case of James Lind should serve as a reminder to all of us working in science of the dangers of our own expectations. If it were not for his preconceived and erroneous ideas about the nature of scurvy, Lind might have realized the tremendous implications of his results and many thousands of lives might have been saved.

Tags: Science History, Biomol
Related blog posts
The Discovery of Insulin
Creutzfeld Jacob Disease and BSE
The Discovery of AIDS
The Development of the Periodic Table of Elements
The First Ebola Epidemic
This website uses cookies, which are necessary for the technical operation of the website and are always set. Other cookies, which increase the usability of this website, serve for direct advertising or simplify interaction with other websites and social networks, will only be used with your consent. More information
Decline Accept all Configure