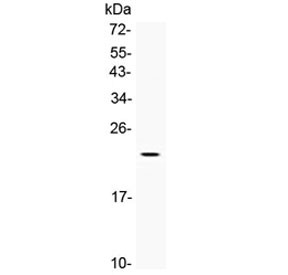 You can also order using info@biomol.com or FAX at 0049-40-85326022
Bigger quantity required? Request Bulk
Description Product Citations Certificate of Analysis Reviews 0
Description
0.5mg/ml if reconstituted with 0.2ml sterile DI water. Bone morphogenetic protein 4 is a protein... more
Close menu
Product information "Anti-BMP4 / Bone morphogenetic protein 4"
0.5mg/ml if reconstituted with 0.2ml sterile DI water. Bone morphogenetic protein 4 is a protein that in humans is encoded by BMP4 gene. It is found on chromosome 14q22-q23. The protein encoded by this gene is a member of the bone morphogenetic protein family which is part of the transforming growth factor-beta superfamily. The superfamily includes large families of growth and differentiation factors. Bone morphogenetic proteins were originally identified by an ability of demineralized bone extract to induce endochondral osteogenesis in vivo in an extraskeletal site. This particular family member plays an important role in the onset of endochondral bone formation in humans, and a reduction in expression has been associated with a variety of bone diseases, including the heritable disorder Fibrodysplasia Ossificans Progressiva. Alternative splicing in the 5' untranslated region of this gene has been described and three variants are described, all encoding an identical protein. Protein function: Induces cartilage and bone formation. Also act in mesoderm induction, tooth development, limb formation and fracture repair. Acts in concert with PTHLH/PTHRP to stimulate ductal outgrowth during embryonic mammary development and to inhibit hair follicle induction. [The UniProt Consortium]

Caution
Our products are for laboratory research use only: Not for administration to humans!
Product Citations
Information about the product reference will follow. more
Close menu
Certificate of Analysis
You will get a certificate here
Go back
Log in or register to request a certificate of analysis.
Reviews 0
Read, write and discuss reviews... more
Close menu
Customer review for "Anti-BMP4 / Bone morphogenetic protein 4"
Write a review
Log in or register to review a product.
Similar products
Similar products 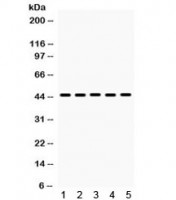 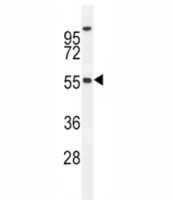 Anti-BMP4
From 228.00€ *
Viewed
This website uses cookies, which are necessary for the technical operation of the website and are always set. Other cookies, which increase the usability of this website, serve for direct advertising or simplify interaction with other websites and social networks, will only be used with your consent. More information
Decline Accept all Configure