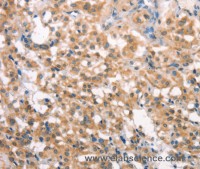 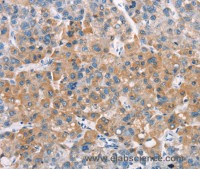 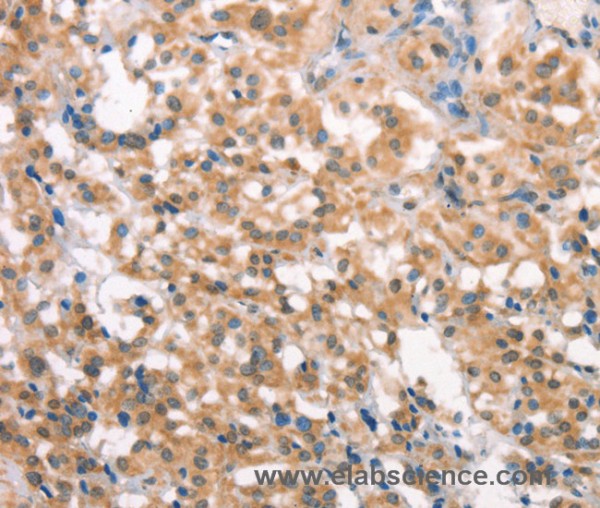 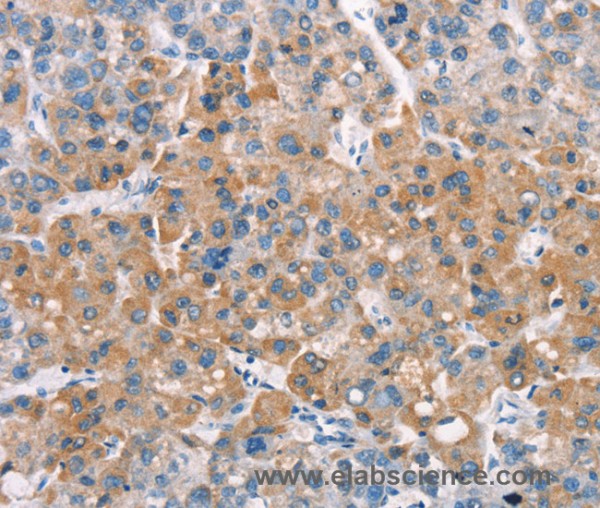 For a limited time, purchase an Elabscience primary antibody (size 60 μl and up) and receive a free secondary antibody of the same size.

*1
*1 Offer expires 30/04/2020
You can also order using info@biomol.com or FAX at 0049-40-85326022
Bigger quantity required? Request Bulk
Description Certificate of Analysis Reviews 0
Description
This gene encodes a serine/threonine protein kinase belonging to the LATS tumor suppressor... more
Close menu
Product information "Anti-LATS2"
This gene encodes a serine/threonine protein kinase belonging to the LATS tumor suppressor family. The protein localizes to centrosomes during interphase, and early and late metaphase. It interacts with the centrosomal proteins aurora-A and ajuba and is required for accumulation of gamma-tubulin and spindle formation at the onset of mitosis. It also interacts with a negative regulator of p53 and may function in a positive feedback loop with p53 that responds to cytoskeleton damage. Additionally, it can function as a co-repressor of androgen-responsive gene expression. Protein function: Negative regulator of YAP1 in the Hippo signaling pathway that plays a pivotal role in organ size control and tumor suppression by restricting proliferation and promoting apoptosis. The core of this pathway is composed of a kinase cascade wherein STK3/MST2 and STK4/MST1, in complex with its regulatory protein SAV1, phosphorylates and activates LATS1/2 in complex with its regulatory protein MOB1, which in turn phosphorylates and inactivates YAP1 oncoprotein and WWTR1/TAZ. Phosphorylation of YAP1 by LATS2 inhibits its translocation into the nucleus to regulate cellular genes important for cell proliferation, cell death, and cell migration. Acts as a tumor suppressor which plays a critical role in centrosome duplication, maintenance of mitotic fidelity and genomic stability. Negatively regulates G1/S transition by down-regulating cyclin E/CDK2 kinase activity. Negative regulator of the androgen receptor. Phosphorylates SNAI1 in the nucleus leading to its nuclear retention and stabilization, which enhances its epithelial-mesenchymal transition and tumor cell invasion/migration activities. This tumor-promoting activity is independent of its effects upon YAP1 or WWTR1/TAZ. [The UniProt Consortium] 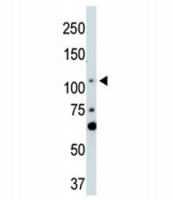 Anti-LATS2
314.00€ *
Viewed
This website uses cookies, which are necessary for the technical operation of the website and are always set. Other cookies, which increase the usability of this website, serve for direct advertising or simplify interaction with other websites and social networks, will only be used with your consent. More information
Decline Accept