You can also order using info@biomol.com or FAX at 0049-40-85326022
Bigger quantity required? Request Bulk
Description Product Citations Certificate of Analysis Reviews 0
Description
Bcl-x, a member of the Bcl-2 protein family, inhibits cell death, or apoptosis (1). Bcl-x is... more
Close menu
Product information "Anti-Bcl X (Bcl-X, BclX, Apoptosis Regulator Bcl X, Apoptosis Regulator Bcl-X, B cell Lymphoma 2-lik"
Bcl-x, a member of the Bcl-2 protein family, inhibits cell death, or apoptosis (1). Bcl-x is expressed as two isomeric forms, Bcl-xL and Bcl-xS, and is typically present in the cytosol in association with the mitochondrial membrane. Bcl-xL forms heterodimers with various proteins, including Bax, Bak and Bcl-2 (2). It has been found that heterodimerization with Bax does not seem to be required for anti-apoptotic activity (3). Since Bcl-xL can form an ion channel in synthetic lipid membranes, there is a strong possibility that this property plays a role in heterodimerization-independent cell survival (4). The Bcl-X(S) isoform promotes apoptosis. Applications: Suitable for use in Western Blot. Other applications not tested. Recommended Dilution: Western Blot 1:10000, a band is seen ~26 kD, Optimal dilution determined by the researcher. Positive Controls: A431 Whole Cell Lysate, Storage and Stability: May be stored at 4°C for short-term only. For long-term storage and to avoid repeated freezing and thawing, add sterile glycerol (40-50%), aliquot and store at -20°C. Aliquots are stable for at least 3 months at -20°C. For maximum recovery of product, centrifuge the original vial after thawing and prior to removing the cap. Further dilutions can be made in assay buffer.

Caution
Our products are for laboratory research use only: Not for administration to humans!
Product Citations
Information about the product reference will follow. more
Close menu
Certificate of Analysis
You will get a certificate here
Go back
Log in or register to request a certificate of analysis.
Reviews 0
Read, write and discuss reviews... more
Close menu
Customer review for "Anti-Bcl X (Bcl-X, BclX, Apoptosis Regulator Bcl X, Apoptosis Regulator Bcl-X, B cell Lymphoma 2-lik"
Write a review
Log in or register to review a product.
Similar products
Similar products 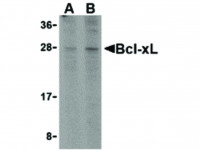 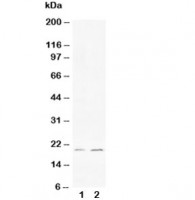 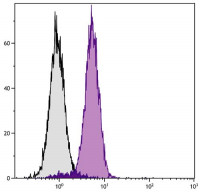 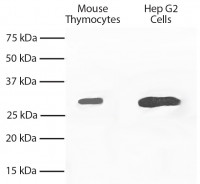 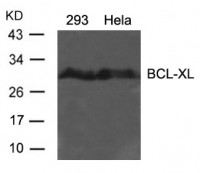 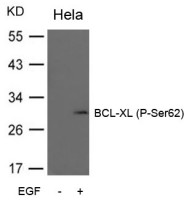 Anti-Bcl-xL
From 131.00€ *
Viewed
This website uses cookies, which are necessary for the technical operation of the website and are always set. Other cookies, which increase the usability of this website, serve for direct advertising or simplify interaction with other websites and social networks, will only be used with your consent. More information
Decline Accept all Configure