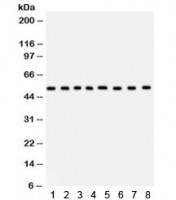 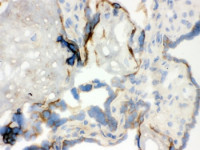 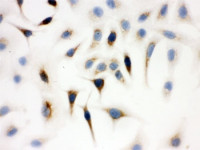 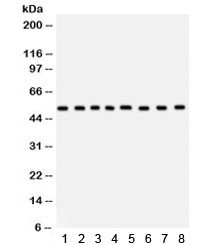 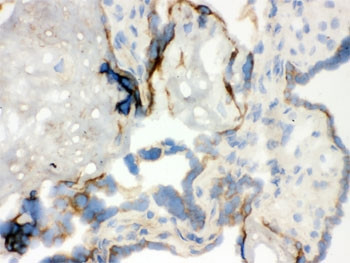 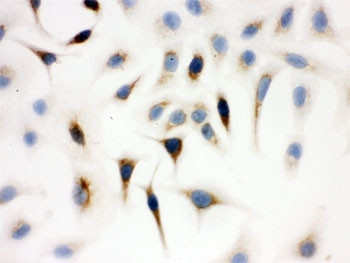 You can also order using info@biomol.com or FAX at 0049-40-85326022
Bigger quantity required? Request Bulk
Description Certificate of Analysis Reviews 0
Description
0.5mg/ml if reconstituted with 0.2ml sterile DI water. The Wiskott-Aldrich syndrome (WAS) family... more
Close menu
Product information "Anti-WASP"
0.5mg/ml if reconstituted with 0.2ml sterile DI water. The Wiskott-Aldrich syndrome (WAS) family of proteins share similar domain structure, and are involved in transduction of signals from receptors on the cell surface to the actin cytoskeleton. The presence of a number of different motifs suggests that they are regulated by a number of different stimuli, and interact with multiple proteins. Recent studies have demonstrated that these proteins, directly or indirectly, associate with the small GTPase, Cdc42, known to regulate formation of actin filaments, and the cytoskeletal organizing complex, Arp2/3. Wiskott-Aldrich syndrome is a rare, inherited, X-linked, recessive disease characterized by immune dysregulation and microthrombocytopenia, and is caused by mutations in the WAS gene. The WAS gene product is a cytoplasmic protein, expressed exclusively in hematopoietic cells, which show signalling and cytoskeletal abnormalities in WAS patients. A transcript variant arising as a result of alternative promoter usage, and containing a different 5' UTR sequence, has been described, however, its full-length nature is not known. Protein function: Effector protein for Rho-type GTPases. Regulates actin filament reorganization via its interaction with the Arp2/3 complex. Important for efficient actin polymerization. Possible regulator of lymphocyte and platelet function. Mediates actin filament reorganization and the formation of actin pedestals upon infection by pathogenic bacteria. [The UniProt Consortium] 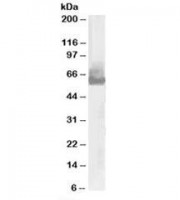 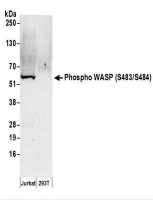 Anti-WASP (Ab-290)
221.00€ *
Viewed
This website uses cookies, which are necessary for the technical operation of the website and are always set. Other cookies, which increase the usability of this website, serve for direct advertising or simplify interaction with other websites and social networks, will only be used with your consent. More information
Decline Accept