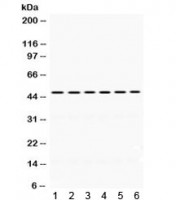 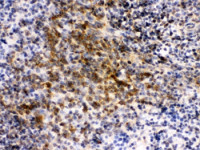 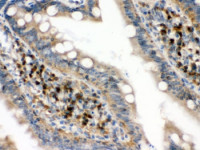 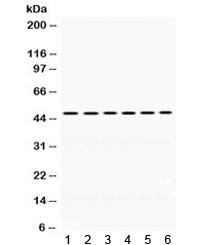 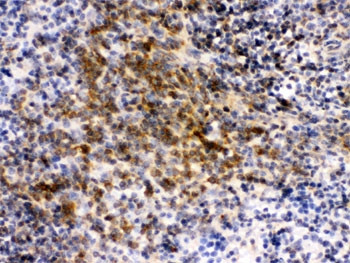 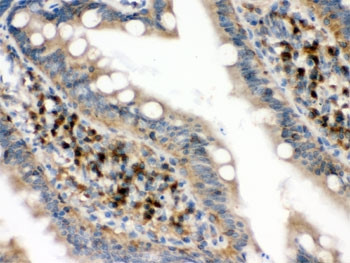 You can also order using info@biomol.com or FAX at 0049-40-85326022
Bigger quantity required? Request Bulk
Description Certificate of Analysis Reviews 0
Description
0.5mg/ml if reconstituted with 0.2ml sterile DI water. Eukaryotic initiation factor 4A-II is a... more
Close menu
Product information "Anti-EIF4A2"
0.5mg/ml if reconstituted with 0.2ml sterile DI water. Eukaryotic initiation factor 4A-II is a protein that in humans is encoded by the EIF4A2 gene. It is mapped to 18p11.2. Eukaryotic initiation factor 4A plays an important role in the binding of mRNA to the 43S preinitiation complex when protein synthesis begins. Two highly homologous forms of functional EIF4A genes, Eif4a1 and Eif4a2, have been isolated in mice, yeast cells also possess two EIF4A genes, TIF1 and TIF2. The murine Eif4a and yeast TIF genes appear to belong to a DEAD-box gene family, whose members exhibit extensive amino acid similarity and contain the asp-glu-ala-asp (DEAD) sequence. DEAD-box genes have been identified in species ranging from E-coli to humans. Their function appears to be related to transcriptional/translational regulation. Protein function: ATP-dependent RNA helicase which is a subunit of the eIF4F complex involved in cap recognition and is required for mRNA binding to ribosome. In the current model of translation initiation, eIF4A unwinds RNA secondary structures in the 5'-UTR of mRNAs which is necessary to allow efficient binding of the small ribosomal subunit, and subsequent scanning for the initiator codon. [The UniProt Consortium]

Anti-eIF4A2
106.00€ *
Viewed
This website uses cookies, which are necessary for the technical operation of the website and are always set. Other cookies, which increase the usability of this website, serve for direct advertising or simplify interaction with other websites and social networks, will only be used with your consent. More information
Decline Accept