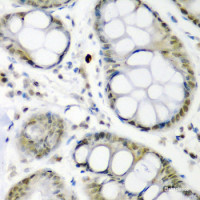 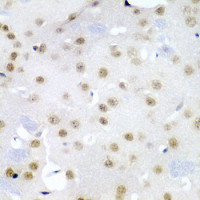 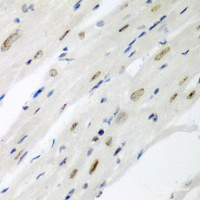 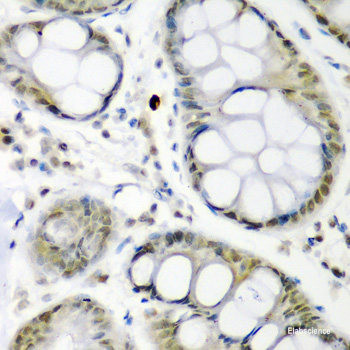 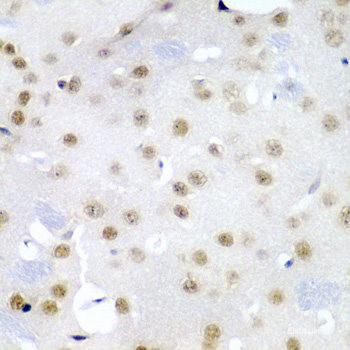 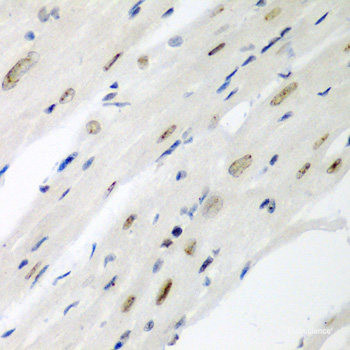 You can also order using info@biomol.com or FAX at 0049-40-85326022
Bigger quantity required? Request Bulk
Description Product Citations Certificate of Analysis Reviews 0
Description
The protein encoded by this gene shares strong similarity with Saccharomyces cerevisiae protein... more
Close menu
Product information "Anti-CDC27"
The protein encoded by this gene shares strong similarity with Saccharomyces cerevisiae protein Cdc27, and the gene product of Schizosaccharomyces pombe nuc 2. This protein is a component of the anaphase-promoting complex (APC), which is composed of eight protein subunits and is highly conserved in eukaryotic cells. This complex catalyzes the formation of cyclin B-ubiquitin conjugate, which is responsible for the ubiquitin-mediated proteolysis of B-type cyclins. The protein encoded by this gene and three other members of the APC complex contain tetratricopeptide (TPR) repeats, which are important for protein-protein interactions. This protein was shown to interact with mitotic checkpoint proteins including Mad2, p55CDC and BUBR1, and it may thus be involved in controlling the timing of mitosis. Alternative splicing of this gene results in multiple transcript variants. Related pseudogenes have been identified on chromosomes 2, 22 and Y. Protein function: Component of the anaphase promoting complex/cyclosome (APC/C), a cell cycle-regulated E3 ubiquitin ligase that controls progression through mitosis and the G1 phase of the cell cycle. The APC/C complex acts by mediating ubiquitination and subsequent degradation of target proteins: it mainly mediates the formation of 'Lys-11'-linked polyubiquitin chains and, to a lower extent, the formation of 'Lys-48'- and 'Lys-63'-linked polyubiquitin chains. [The UniProt Consortium]

Caution
Our products are for laboratory research use only: Not for administration to humans!
Product Citations
Information about the product reference will follow. more
Close menu
Certificate of Analysis
You will get a certificate here
Go back
Log in or register to request a certificate of analysis.
Reviews 0
Read, write and discuss reviews... more
Close menu
Customer review for "Anti-CDC27"
Write a review
Log in or register to review a product.
Similar products
Similar products

Anti-Cdc27 (Cell Division Cycle Protein 27 Homolog,...
From 396.00€ *
Viewed
This website uses cookies, which are necessary for the technical operation of the website and are always set. Other cookies, which increase the usability of this website, serve for direct advertising or simplify interaction with other websites and social networks, will only be used with your consent. More information
Decline Accept all Configure