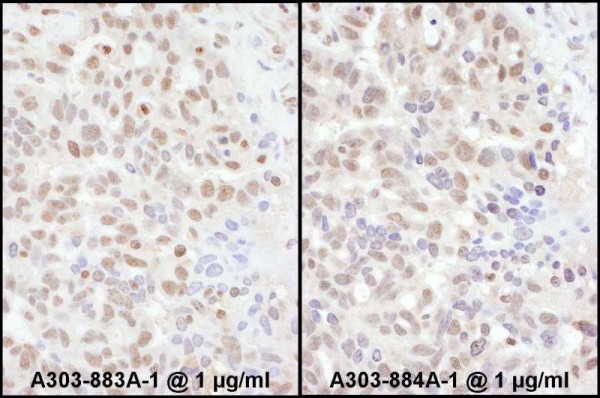 You can also order using info@biomol.com or FAX at 0049-40-85326022
Bigger quantity required? Request Bulk
Description Product Citations Certificate of Analysis Reviews 0
Description
Protein function: Catalyzes the hydrolytic deamination of adenosine to inosine in double-stranded... more
Close menu
Product information "Anti-ADAR1"
Protein function: Catalyzes the hydrolytic deamination of adenosine to inosine in double-stranded RNA (dsRNA) referred to as A-to-I RNA editing. This may affect gene expression and function in a number of ways that include mRNA translation by changing codons and hence the amino acid sequence of proteins, pre-mRNA splicing by altering splice site recognition sequences, RNA stability by changing sequences involved in nuclease recognition, genetic stability in the case of RNA virus genomes by changing sequences during viral RNA replication, and RNA structure-dependent activities such as microRNA production or targeting or protein-RNA interactions. Can edit both viral and cellular RNAs and can edit RNAs at multiple sites (hyper-editing) or at specific sites (site-specific editing). Its cellular RNA substrates include: bladder cancer- associated protein (BLCAP), neurotransmitter receptors for glutamate (GRIA2) and serotonin (HTR2C) and GABA receptor (GABRA3). Site-specific RNA editing of transcripts encoding these proteins results in amino acid substitutions which consequently alters their functional activities. Exhibits low-level editing at the GRIA2 Q/R site, but edits efficiently at the R/G site and HOTSPOT1. Its viral RNA substrates include: hepatitis C virus (HCV), vesicular stomatitis virus (VSV), measles virus (MV), hepatitis delta virus (HDV), and human immunodeficiency virus type 1 (HIV-1). Exhibits either a proviral (HDV, MV, VSV and HIV-1) or an antiviral effect (HCV) and this can be editing-dependent (HDV and HCV), editing-independent (VSV and MV) or both (HIV-1). Impairs HCV replication via RNA editing at multiple sites. Enhances the replication of MV, VSV and HIV-1 through an editing- independent mechanism via suppression of EIF2AK2/PKR activation and function. Stimulates both the release and infectivity of HIV-1 viral particles by an editing-dependent mechanism where it associates with viral RNAs and edits adenosines in the 5'UTR and the Rev and Tat coding sequence. Can enhance viral replication of HDV via A-to-I editing at a site designated as amber/W, thereby changing an UAG amber stop codon to an UIG tryptophan (W) codon that permits synthesis of the large delta antigen (L-HDAg) which has a key role in the assembly of viral particles. However, high levels of ADAR1 inhibit HDV replication. [The UniProt Consortium]

Caution
Our products are for laboratory research use only: Not for administration to humans!
Product Citations
Information about the product reference will follow. more
Close menu
Certificate of Analysis
You will get a certificate here
Go back
Log in or register to request a certificate of analysis.
Reviews 0
Read, write and discuss reviews... more
Close menu
Customer review for "Anti-ADAR1"
Write a review
Log in or register to review a product.
Similar products
Similar products 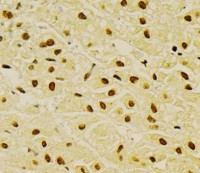 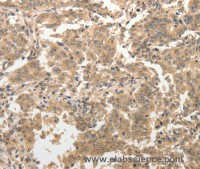 Anti-ADAR1
From 131.00€ *
Viewed
This website uses cookies, which are necessary for the technical operation of the website and are always set. Other cookies, which increase the usability of this website, serve for direct advertising or simplify interaction with other websites and social networks, will only be used with your consent. More information
Decline Accept all Configure