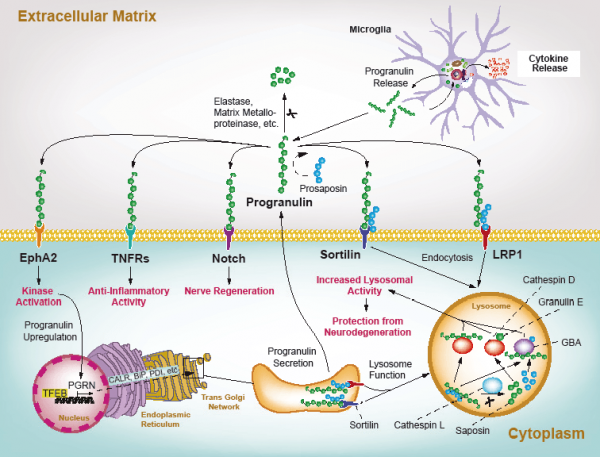 For example, PGRN binding with TNFR and DR3 has an important anti-inflammatory role in immune cells, particularly Tregs and macrophages. PGRN/Ephrin type-A receptor 2 (EphA2) interaction is involved in the proliferative influence of PGRN. PGRN binds and activates Notch receptors, enhancing the regenerative capacity of injured neurons. PGRN is also a lysosomal resident protein and sortilin and lipoprotein receptor-related protein 1 (LRP1) have been demonstrated to be the lysosomal trafficking receptors for PGRN with the help of Prosaposin.

In the brain, PGRN is primarily expressed in mature neurons and microglia. Absence of progranulin in microglia causes increased production and release of multiple cytokines, suggesting that PGRN regulates microglia activation. PGRN seems to affect microglial proliferation, recruitment, differentiation, activation and phagocytosis, suggesting that PGRN plays a central role in the regulation of neuroinflammatory responses.

In neurons, PGRN i) co-localizes in late endosomes and early lysosomes with the transmembrane protein TMEM106B, ii) co-localizes with markers such as BDNF along axons, iii) influences synaptic structure and function at synaptic and extra-synaptic sites, where it is secreted in an activity-dependent manner, and iv) extracellular PGRN is endocytosed and delivered to lysosomes. The lysosomal function of PGRN is not well characterized, but probably involves regulation of proteins such as cathepsins, glucocerebrosidase (GBA) or TMEM106B and likely contributes to neurodegeneration. 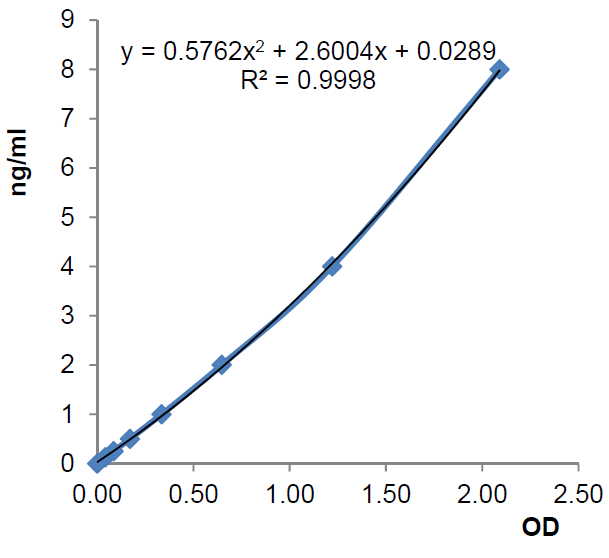 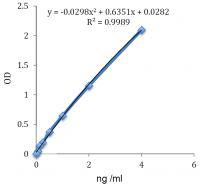 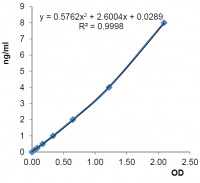 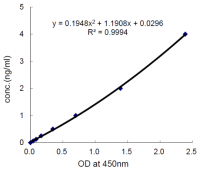 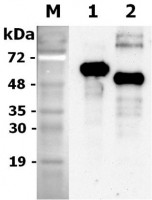 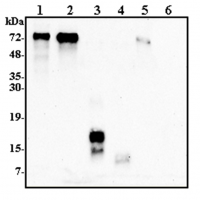 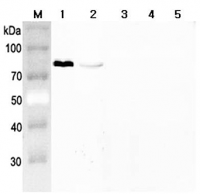 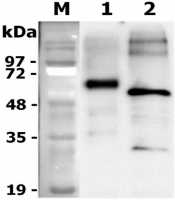 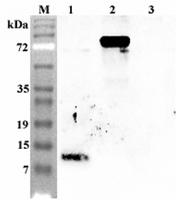 Granulin C (human, rec.) (His)
From 187.00€ *
This website uses cookies, which are necessary for the technical operation of the website and are always set. Other cookies, which increase the usability of this website, serve for direct advertising or simplify interaction with other websites and social networks, will only be used with your consent. More information
Decline Accept all Configure