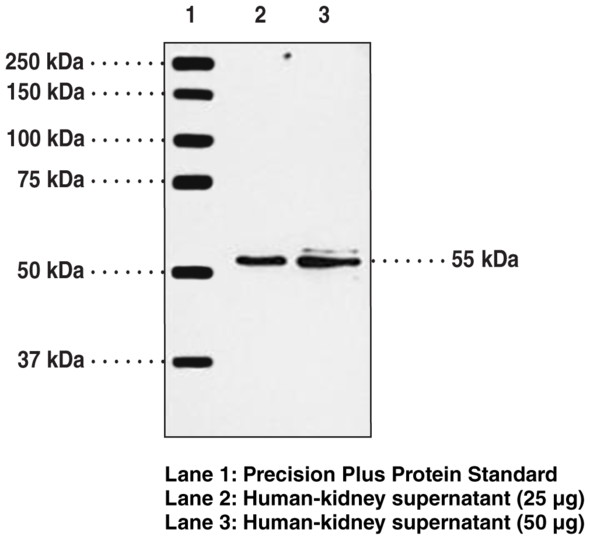 Bestellen Sie auch per E-Mail info@biomol.com oder FAX: 0049-40-85326022
Größere Menge gewünscht? Bulk-Anfrage
Beschreibung Produktreferenzen Analysenzertifikat Bewertungen 0
Beschreibung
The leukotriene B4 receptor 1 (BLT1 receptor), cloned from HL-60 human leukemia cells, has 352... mehr
Menü schließen
Produktinformationen "Anti-BLT1 Receptor Antiserum"
The leukotriene B4 receptor 1 (BLT1 receptor), cloned from HL-60 human leukemia cells, has 352 amino acids and seven putative membrane-spanning domains. The primary structure of the receptor is identical to that of a putative purinoceptor, P2Y7, which binds to micromolar concentrations of ATP. Northern blotting reveals that the BLT1 receptor is highly expressed in leukocytes, U937 cells, and to a much lower extent in spleen and thymus. Sheep lung membranes have also been identified as a rich source for receptor isolation and purification. A second LTB4 receptor, BLT2, has recently been cloned and characterized. Cayman Chemical's BLT1 receptor polyclonal antiserum is made against a peptide from the C-terminus of the BLT1 receptor, which is located on the intracellular side of the plasma membrane. Therefore, when performing studies on whole cells, permeabilization of the cells is required for the antibody to enter the cytosol. The antiserum is recommended for immunohistochemical analysis of BLT1 receptor expression in tissues of human and bovine origin. Successful recognition of the overexpression of BLT1 in pancreatic ductal cells of human chronic pancreatitis and pancreatic cancer patients has been documented using this antiserum. 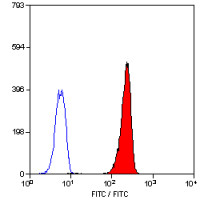 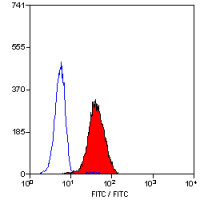 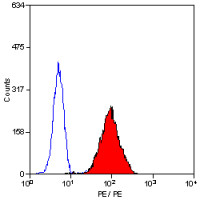 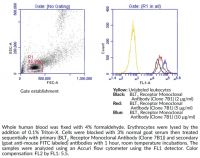