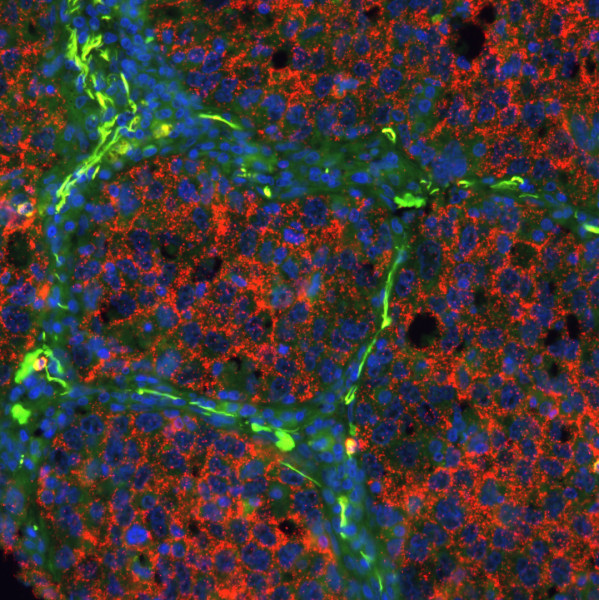 Cellular processes can only be understood as the dynamic interplay of molecules. This means that we need accurate techniques to monitor interactions of endogenous proteins directly in individual cells and tissues, to reveal the cellular and molecular architecture and its responses to disturbances.

The Invention of Proximity Ligation Technology

Protein detection with higher sensitivity and specificity is a constant need in any research area involving proteins. Also, we need the possibility to study how proteins interact, and how they are modified and expressed in their proper tissue microenvironment. Ulf Landegren’s research group, at the Immunology, Genetics and Pathology Department at Uppsala University, decided to develop a method that could provide a solution to meet these growing needs in proteomics. In a seminal paper by Simon Fredriksson et al., 2002, the technology termed proximity ligation was first described. In the paper the authors showed that highly specific and sensitive protein detection could be achieved by complementing two DNA aptamer-probes with sequence extensions that could be joined by ligation. In this manner probes that bind in close proximity by recognizing the same target molecule could be joined to form a template for detection via sensitive real-time PCR amplification. In subsequent work by the group, the aptamers were replaced as affinity reagents by oligonucleotide-conjugated antibodies, serving as proximity probes. The application of proximity assays for detecting proteins in solution phase evolved into proximity extension assays, that are commercialized as high-performance multiplex assays by Olink Proteomics, spun out from Olink Bioscience in 2016.

Ola Södergren et al. first described the application of the in situ proximity ligation technology for localized protein detection in 2006. The authors used the method for localizing proteins and their interactions in fixed cells or tissues, by combining proximity ligation with rolling circle amplification (RCA) for localized readout in situ. When pairs of proximity probes bind protein targets in close proximity their conjugated oligonucleotides can template circularization of an added pair of oligonucleotides via enzymatic ligation. The circularized DNA strands remain hybridized to the proximity probes and one of the oligonucleotides serves as a primer for a localized RCA reaction. The resulting amplified DNA can then be detected as brightly fluorescent spots by suitably labeled detection probes.

The paper demonstrated the ability of the proximity ligation technology to detect the intra- and intercellular distribution of endogenous proteins at the single-molecule level, which is very useful when studying biological processes such as regulation of proliferation, differentiation and survival in complex microenvironments for example in tumors. Because samples are fixed before analysis, the technology provides snapshots of cellular processes, including both stable and transient interactions, at single cell and subcellular resolution within the undisturbed microenvironment. This patented in situ proximity ligation technology was commercialized under the name Duolink by Olink Biosciences and has been used in over 7500 peer-reviewed publications globally. The Duolink product line was licensed to Sigma Aldrich in 2016.

In 2018, Axel Klaesson et al., published a paper describing a new proximity probe design called UnFold, based on new, patented oligonucleotide sequences. The UnFold technique differs from the earlier version of the in situ PLA technique in that all DNA elements required for amplified detection are included in the oligonucleotides conjugated to the antibodies.

Compared to the conventional in situ PLA probe design, the UnFold in situ proximity probes improve the efficiency of signal generation: The oligonucleotide that can form a circle is already present on one of the probes, and only one ligation reaction is required, which increases the likelihood that circles can form that are capable of serving as template for RCA. The UnFold technique is commercialized under the trademark NaveniTMFlex by Navinci, which is the new name of Olink Biosciences.

In situ proximity ligation has been applied to improve sensitivity, specificity, and target range in many methods for localized protein detection besides for microscopy, for example, western blotting, flow cytometry and sandwich enzyme-linked immunosorbent assays (ELISA). This technology is positioned to play an integral part in spatial biology research and clinical applications, for high-performance protein detection in situ, and to study protein-protein interactions and post-translational modifications directly in the intact tissue microenvironment. 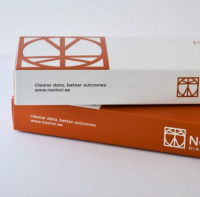 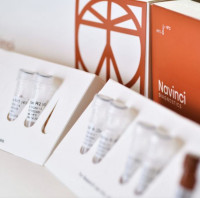 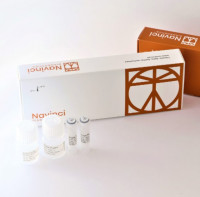 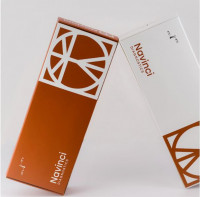 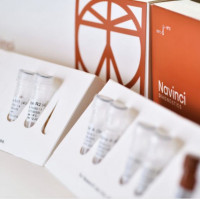 NaveniFlex 100 RR
1,295.00€ *
This website uses cookies, which are necessary for the technical operation of the website and are always set. Other cookies, which increase the usability of this website, serve for direct advertising or simplify interaction with other websites and social networks, will only be used with your consent. More information
Decline Accept all Configure