You can also order using info@biomol.com or FAX at 0049-40-85326022
Bigger quantity required? Request Bulk
Description Product Citations Certificate of Analysis Reviews 0
Description
This assay is a less than 1 hour sandwich Enzyme Linked-Immunosorbent Assay (ELISA) for... more
Close menu
Product information "Zinc-alpha-2-glycoprotein (human) TurboELISA(TM) Kit"
This assay is a less than 1 hour sandwich Enzyme Linked-Immunosorbent Assay (ELISA) for quantitative determination of human Zinc-?-2-glycoprotein in biological fluids. Zinc-alpha-2-glycoprotein (ZAG) was first identified in the 1960s, and it's name derives from its precipitation from human plasma upon the addition of zinc salts. ZAG has since been found in secretory epithelial cells and in a range of body fluids. ZAG is identical to a lipid mobilizing factor isolated from the urine of patients with cancer cachexia and stimulates lipolysis in in vitro and in vivo experiments. Due to its expression in, and secretion from adipocytes, ZAG is considered an adipokine. Recently, the clinical significance of ZAG has been clarified. ZAG expression in adipocytes is inversely related to fat mass, thus it is intimately involved in the maintenance of body weight in mice and humans. Epidemiological studies have uncovered an association between ZAG and plasma cholesterol. The non-synonymous single nucleotide polymorphism rs4215 in ZAG is associated with plasma cholesterol and obesity. Structurally ZAG possesses a class I major histocompatibility complex (MHC) protein fold. It is distinct from other members of this protein family in that it is soluble, rather than being anchored to plasma membranes, and it associates with prolactin inducible protein rather than beta2-microglobulin. Similar to peptide antigen-presenting class I MHC molecules, ZAG possesses an open apical groove between its alpha1 and alpha2 domain helices.

Caution
Our products are for laboratory research use only: Not for administration to humans!
Product Citations
Information about the product reference will follow. more
Close menu
Certificate of Analysis
You will get a certificate here
Go back
Log in or register to request a certificate of analysis.
Reviews 0
Read, write and discuss reviews... more
Close menu
Customer review for "Zinc-alpha-2-glycoprotein (human) TurboELISA(TM) Kit"
Write a review
Log in or register to review a product.
Similar products
Similar products 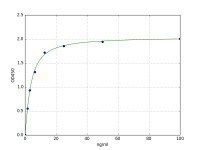 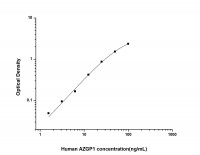 Alpha-2-Glycoprotein 1, Zinc Binding (aZGP1) BioAssay(TM)...
899.00€ *
Viewed
This website uses cookies, which are necessary for the technical operation of the website and are always set. Other cookies, which increase the usability of this website, serve for direct advertising or simplify interaction with other websites and social networks, will only be used with your consent. More information
Decline Accept all Configure