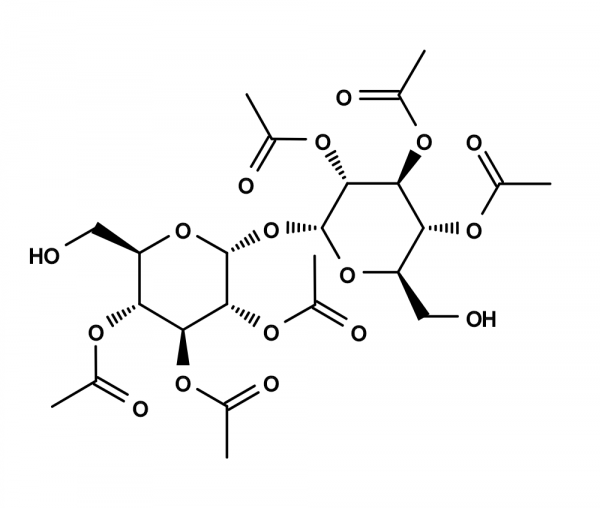 Bestellen Sie auch per E-Mail info@biomol.com oder FAX: 0049-40-85326022
Größere Menge gewünscht? Bulk-Anfrage
Beschreibung Produktreferenzen Analysenzertifikat Bewertungen 0
Beschreibung
Trehalose is a naturally occurring disaccharide which is associated with extraordinary... mehr
Menü schließen
Produktinformationen "CytoWatch(TM) trehalose hexaacetate *Cell-permeable*"
Trehalose is a naturally occurring disaccharide which is associated with extraordinary stress-tolerance capacity in certain species of unicellular and multicellular organisms. In mammalian cells, presence of intra- and extracellular trehalose has been shown to confer improved tolerance against freezing and desiccation. Since mammalian cells do not synthesize nor import trehalose, the development of novel methods for efficient intracellular delivery of trehalose has been an ongoing investigation. Herein, we studied the membrane permeability of engineered lipophilic derivatives of trehalose. Trehalose conjugated with 6 acetyl groups (trehalose hexaacetate or 6-O-Ac-Tre) demonstrated superior permeability in rat hepatocytes compared with regular trehalose, trehalose diacetate (2-O-Ac-Tre) and trehalose tetraacetate (4-O-Ac-Tre). Once in the cell, intracellular esterases hydrolyzed the 6-O-Ac-Tre molecules, releasing free trehalose into the cytoplasm. The total concentration of intracellular trehalose (plus acetylated variants) reached as high as 10 fold the extracellular concentration of 6-O-Ac-Tre, attaining concentrations suitable for applications in biopreservation. To describe this accumulation phenomenon, a diffusion-reaction model was proposed and the permeability and reaction kinetics of 6-O-Ac-Tre were determined by fitting to experimental data. Further studies suggested that the impact of the loading and the presence of intracellular trehalose on cellular viability and function were negligible. Engineering of trehalose chemical structure rather than manipulating the cell, is an innocuous, cellfriendly method for trehalose delivery, with demonstrated potential for trehalose loading in different types of cells and cell lines, and can facilitate the wide-spread application of trehalose as an intracellular protective agent in biopreservation studies.