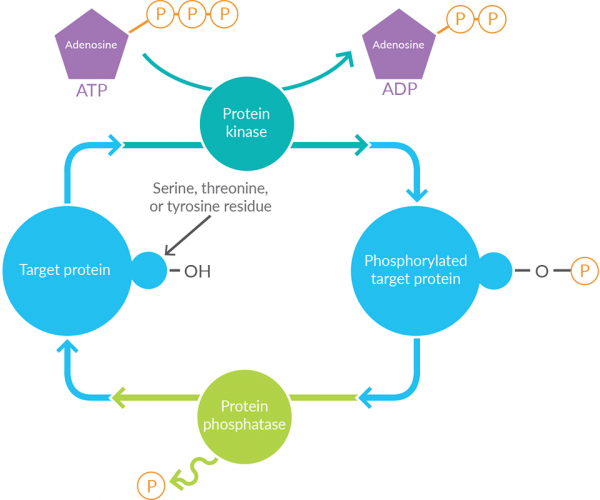 Kinases are arguably one of the most important drug targets due to the roles their mutations, overexpression, and dysregulation play in all major pathologies, including immunological, inflammatory, degenerative, metabolic, cardiovascular, and infectious diseases. This is because kinases drive nearly every signal transduction process in the body.

Kinases catalyze the transfer of phosphate groups. Based upon the nature of the phosphorylated groups, these enzymes are classified as serine/threonine kinases, tyrosine kinases (including both receptor and non-receptor proteins), and tyrosine kinase-like enzymes. A small group of enzymes including MEK1/2, which catalyze the phosphorylation of both threonine and tyrosine residues within the activation segment of target proteins, are classified as dual specificity kinases. 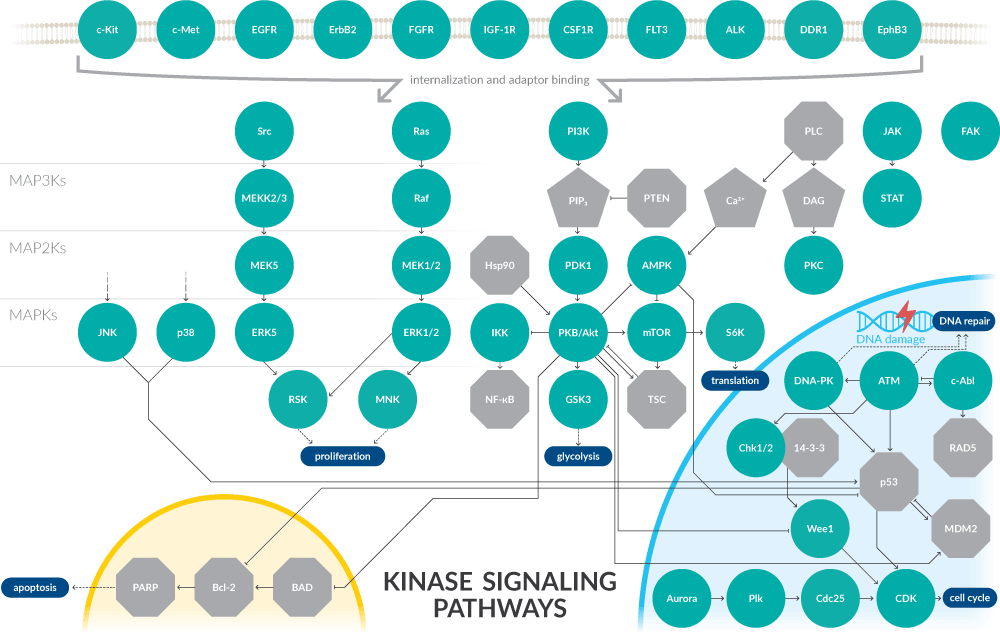 Rockland Immunochemicals has a long-established history of providing critical antibodies for kinase research:

Tags: Cayman Chemical, Rockland
Related blog posts
TrueBlot for Optimum Western Blots after IP
How to Select the Best Secondary Antibody
Small Molecule Inhibitors Selection Guide
This website uses cookies, which are necessary for the technical operation of the website and are always set. Other cookies, which increase the usability of this website, serve for direct advertising or simplify interaction with other websites and social networks, will only be used with your consent. More information
Decline Accept all Configure