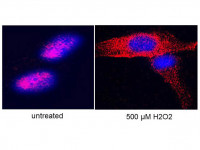 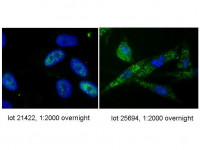 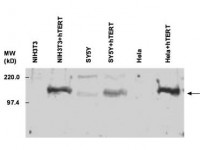 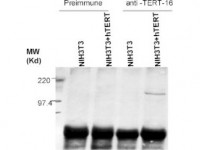 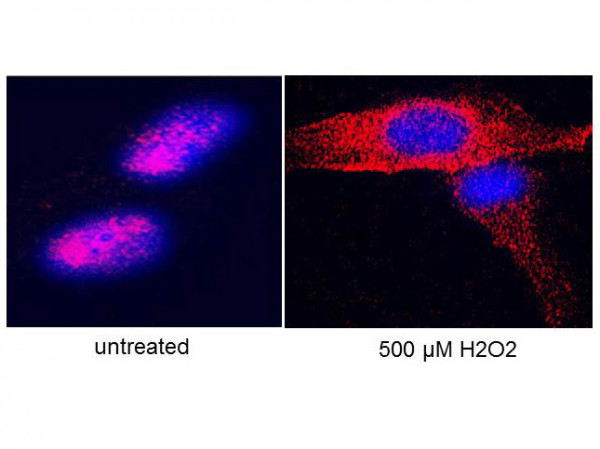 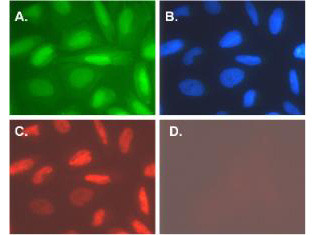 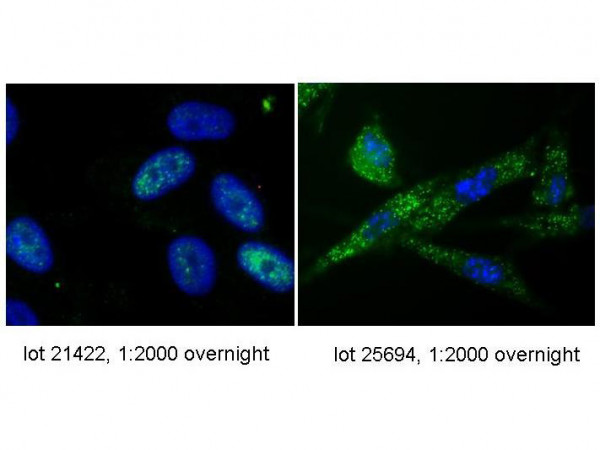 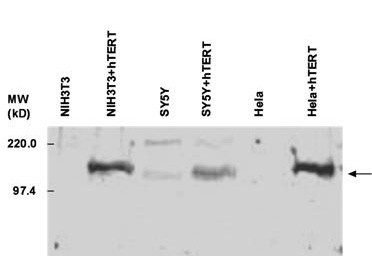 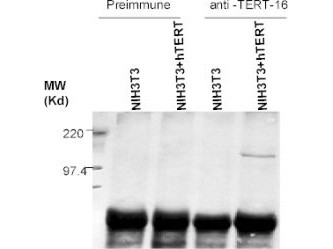 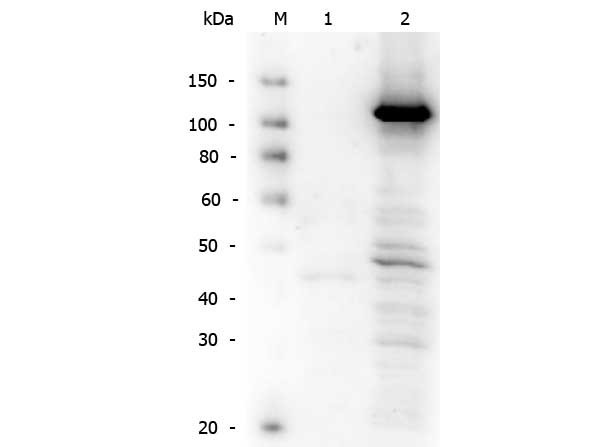 You can also order using info@biomol.com or FAX at 0049-40-85326022
Bigger quantity required? Request Bulk
Description Certificate of Analysis Reviews 1
Description
Protein function: Telomerase is a ribonucleoprotein enzyme essential for the replication of... more
Close menu
Product information "Anti-Telomerase (hTERT Catalytic Unit)"
Protein function: Telomerase is a ribonucleoprotein enzyme essential for the replication of chromosome termini in most eukaryotes. Active in progenitor and cancer cells. Inactive, or very low activity, in normal somatic cells. Catalytic component of the teleromerase holoenzyme complex whose main activity is the elongation of telomeres by acting as a reverse transcriptase that adds simple sequence repeats to chromosome ends by copying a template sequence within the RNA component of the enzyme. Catalyzes the RNA- dependent extension of 3'-chromosomal termini with the 6- nucleotide telomeric repeat unit, 5'-TTAGGG-3'. The catalytic cycle involves primer binding, primer extension and release of product once the template boundary has been reached or nascent product translocation followed by further extension. More active on substrates containing 2 or 3 telomeric repeats. Telomerase activity is regulated by a number of factors including telomerase complex-associated proteins, chaperones and polypeptide modifiers. Modulates Wnt signaling. Plays important roles in aging and antiapoptosis. [The UniProt Consortium]

Caution
Our products are for laboratory research use only: Not for administration to humans!
Certificate of Analysis
You will get a certificate here
Go back
Log in or register to request a certificate of analysis.
Reviews 1
Read, write and discuss reviews... more
Close menu
Customer review for "Anti-Telomerase (hTERT Catalytic Unit)"
From: Rockland Customer On: 16 May 2019

Best option on the market.

I had to use a little bit higher concentration than recommended but it works much better than any other anti-hTERT antibody I've tried! 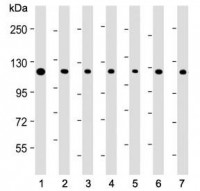 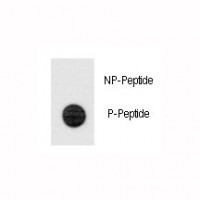 Anti-phospho-TERT (Ser1125)
From 207.00€ *
Viewed
This website uses cookies, which are necessary for the technical operation of the website and are always set. Other cookies, which increase the usability of this website, serve for direct advertising or simplify interaction with other websites and social networks, will only be used with your consent. More information
Decline Accept all Configure