You can also order using info@biomol.com or FAX at 0049-40-85326022
Bigger quantity required? Request Bulk
Description Certificate of Analysis Reviews 0
Description
The protein encoded by this gene is the founding member of the protein tyrosine phosphatase (PTP)... more
Close menu
Product information "Anti-PTPN1, ID (PTPN1, PTP1B, Tyrosine-protein phosphatase non-receptor type 1, Protein-tyrosine pho"
The protein encoded by this gene is the founding member of the protein tyrosine phosphatase (PTP) family, which was isolated and identified based on its enzymatic activity and amino acid sequence. PTPs catalyze the hydrolysis of the phosphate monoesters specifically on tyrosine residues. Members of the PTP family share a highly conserved catalytic motif, which is essential for the catalytic activity. PTPs are known to be signaling molecules that regulate a variety of cellular processes including cell growth, differentiation, mitotic cycle, and oncogenic transformation. This PTP has been shown to act as a negative regulator of insulin signaling by dephosphorylating the phosphotryosine residues of insulin receptor kinase. This PTP was also reported to dephosphorylate epidermal growth factor receptor kinase, as well as JAK2 and TYK2 kinases, which implicated the role of this PTP in cell growth control, and cell response to interferon stimulation. Applications: Suitable for use in Western Blot, ELISA, Recommended Dilution: ELISA: 1:1,000, Western Blot: 1:100-500, Storage and Stability: May be stored at 4°C for short-term only. Aliquot to avoid repeated freezing and thawing. Store at -20°C. Aliquots are stable for 12 months. For maximum recovery of product, centrifuge the original vial after thawing and prior to removing the cap.

Caution
Our products are for laboratory research use only: Not for administration to humans!
Certificate of Analysis
You will get a certificate here
Go back
Log in or register to request a certificate of analysis.
Reviews 0
Read, write and discuss reviews... more
Close menu
Customer review for "Anti-PTPN1, ID (PTPN1, PTP1B, Tyrosine-protein phosphatase non-receptor type 1, Protein-tyrosine pho"
Write a review
Log in or register to review a product.
Similar products
Similar products 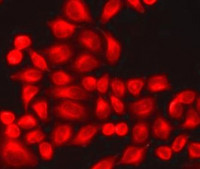 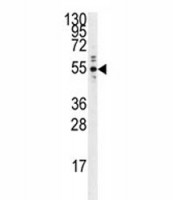 Anti-PTP1B
From 207.00€ *
Viewed
This website uses cookies, which are necessary for the technical operation of the website and are always set. Other cookies, which increase the usability of this website, serve for direct advertising or simplify interaction with other websites and social networks, will only be used with your consent. More information
Decline Accept all Configure