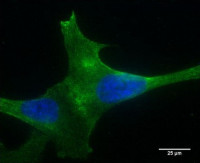 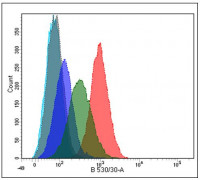 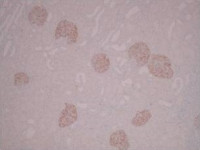 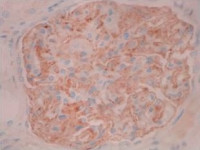 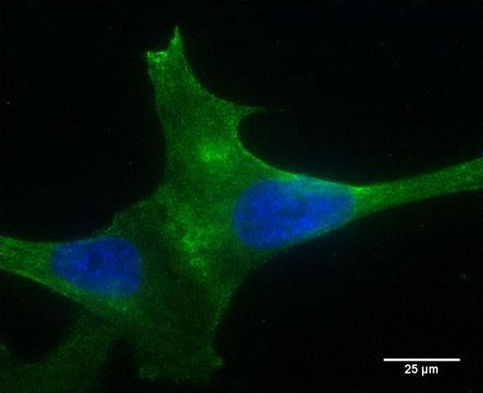 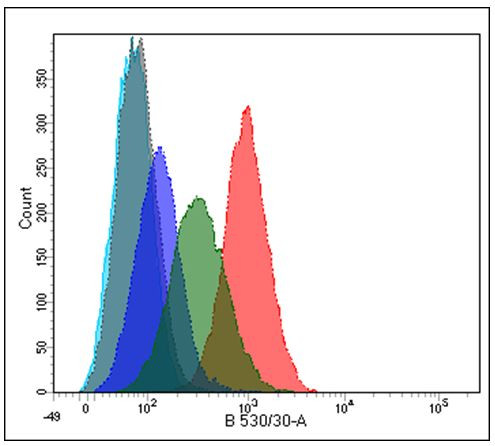 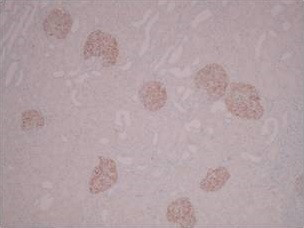 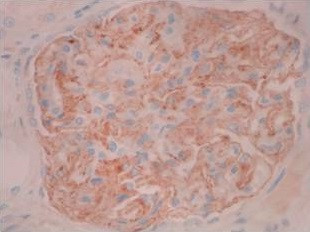 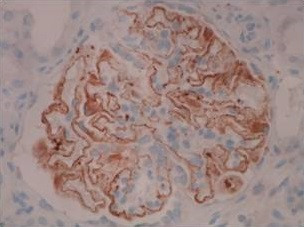 You can also order using info@biomol.com or FAX at 0049-40-85326022
Bigger quantity required? Request Bulk
Description Product Citations Certificate of Analysis Reviews 0
Description
Protein function: Receptor for secretory phospholipase A2 (sPLA2). Acts as a receptor for... more
Close menu
Product information "Anti-PLA2R, clone 12-6-5"
Protein function: Receptor for secretory phospholipase A2 (sPLA2). Acts as a receptor for phosholipase sPLA2-IB/PLA2G1B but not sPLA2- IIA/PLA2G2A. Also able to bind to snake PA2-like toxins. Although its precise function remains unclear, binding of sPLA2 to its receptor participates in both positive and negative regulation of sPLA2 functions as well as clearance of sPLA2. Binding of sPLA2- IB/PLA2G1B induces various effects depending on the cell type, such as activation of the mitogen-activated protein kinase (MAPK) cascade to induce cell proliferation, the production of lipid mediators, selective release of arachidonic acid in bone marrow- derived mast cells. In neutrophils, binding of sPLA2-IB/PLA2G1B can activate p38 MAPK to stimulate elastase release and cell adhesion. May be involved in responses in proinflammatory cytokine productions during endotoxic shock. Also has endocytic properties and rapidly internalizes sPLA2 ligands, which is particularly important for the clearance of extracellular sPLA2s to protect their potent enzymatic activities. The soluble secretory phospholipase A2 receptor form is circulating and acts as a negative regulator of sPLA2 functions by blocking the biological functions of sPLA2-IB/PLA2G1B. [The UniProt Consortium]

Caution
Our products are for laboratory research use only: Not for administration to humans!
Product Citations
Information about the product reference will follow. more
Close menu
Certificate of Analysis
You will get a certificate here
Go back
Log in or register to request a certificate of analysis.
Reviews 0
Read, write and discuss reviews... more
Close menu
Customer review for "Anti-PLA2R, clone 12-6-5"
Write a review
Log in or register to review a product.
Similar products
Similar products 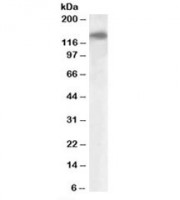 Anti-PLA2R1, Internal
586.00€ *
Viewed
This website uses cookies, which are necessary for the technical operation of the website and are always set. Other cookies, which increase the usability of this website, serve for direct advertising or simplify interaction with other websites and social networks, will only be used with your consent. More information
Decline Accept all Configure