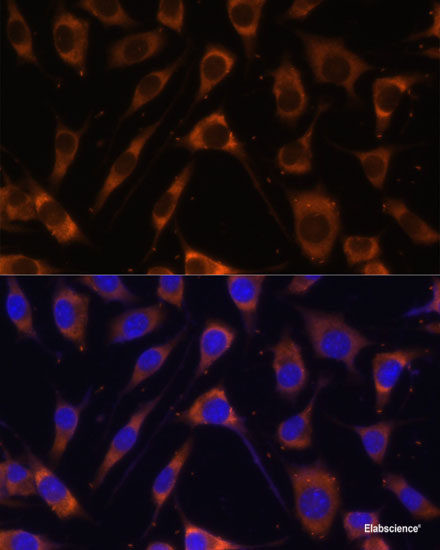 You can also order using info@biomol.com or FAX at +49-40-85326022
Larger quantity required? Request bulk
Description Product Citations Certificate of Analysis Reviews 0
Description
Laminins, a family of extracellular matrix glycoproteins, are the major noncollagenous... more
Close menu
Product information "Anti-Laminin beta1"
Laminins, a family of extracellular matrix glycoproteins, are the major noncollagenous constituent of basement membranes. They have been implicated in a wide variety of biological processes including cell adhesion, differentiation, migration, signaling, neurite outgrowth and metastasis. Laminins are composed of 3 non identical chains: laminin alpha, beta and gamma (formerly A, B1, and B2, respectively) and they form a cruciform structure consisting of 3 short arms, each formed by a different chain, and a long arm composed of all 3 chains. Each laminin chain is a multidomain protein encoded by a distinct gene. Several isoforms of each chain have been described. Different alpha, beta and gamma chain isomers combine to give rise to different heterotrimeric laminin isoforms which are designated by Arabic numerals in the order of their discovery, i.e. alpha1beta1gamma1 heterotrimer is laminin 1. The biological functions of the different chains and trimer molecules are largely unknown, but some of the chains have Protein function: Binding to cells via a high affinity receptor, laminin is thought to mediate the attachment, migration and organization of cells into tissues during embryonic development by interacting with other extracellular matrix components. Involved in the organization of the laminar architecture of cerebral cortex. It is probably required for the integrity of the basement membrane/glia limitans that serves as an anchor point for the endfeet of radial glial cells and as a physical barrier to migrating neurons. Radial glial cells play a central role in cerebral cortical development, where they act both as the proliferative unit of the cerebral cortex and a scaffold for neurons migrating toward the pial surface. [The UniProt Consortium]

Caution
Our products are for laboratory research use only: Not for administration to humans!
Product Citations
Information about the product reference will follow. more
Close menu
Certificate of Analysis
You will get a certificate here
Go back
Log in or register to request a certificate of analysis.
Reviews 0
Read, write and discuss reviews... more
Close menu
Customer review for "Anti-Laminin beta1"
Write a review
Log in or register to review a product.
Similar products
Similar products 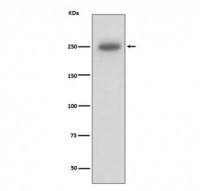 Anti-Laminin beta 1 / LAMB1, clone AODF-12
644.00€ *
Viewed
This website uses cookies, which are necessary for the technical operation of the website and are always set. Other cookies, which increase the usability of this website, serve for direct advertising or simplify interaction with other websites and social networks, will only be used with your consent. More information
Decline Accept all Configure