You can also order using info@biomol.com or FAX at 0049-40-85326022
Bigger quantity required? Request Bulk
Description Product Citations Certificate of Analysis Reviews 0
Description
APH1 was initially identified as a component of the Notch pathway in C. elegans (1). Along with... more
Close menu
Product information "Anti-Anterior Pharynx Defective 1 Homolog A (APH1A, 6530402N02RIK, APH-1A, APH-1alpha, CGI-78, PSF,"
APH1 was initially identified as a component of the Notch pathway in C. elegans (1). Along with nicastrin, PEN2, and presenilin-1 APH1 is an essential component of the gamma- secretase complex which cleave the amyloid precursor protein (APP) at what are known as the gamma- and epsilon-sites and can lead to the accumulation of the Amyloid Beta peptide (ABeta) cleavage product that is associated with Alzheimer's disease (2,3). APH1 exists in at least three distinct isoforms with APH1a as the principal isoform present in the gamma-secretase complex (4). Mice deficient in this isoform, but not the other two, were lethal at E10.5, with impaired vascular and neural development observed (5). Despite its predicted molecular weight, APH1 protein often migrates at aberrant locations in SDS-PAGE. Applications: Suitable for use in Western Blot and Immunohistochemistry. Other applications not tested. Recommended Dilution: Immunohistochemistry: 2.5ug/ml, Optimal dilutions to be determined by the researcher. Storage and Stability: May be stored at 4°C for short-term only. For long-term storage and to avoid repeated freezing and thawing, aliquot and store at -20°C. Aliquots are stable for at least 12 months at -20°C. For maximum recovery of product, centrifuge the original vial after thawing and prior to removing the cap. Further dilutions can be made in assay buffer. ?

Caution
Our products are for laboratory research use only: Not for administration to humans!
Product Citations
Information about the product reference will follow. more
Close menu
Certificate of Analysis
You will get a certificate here
Go back
Log in or register to request a certificate of analysis.
Reviews 0
Read, write and discuss reviews... more
Close menu
Customer review for "Anti-Anterior Pharynx Defective 1 Homolog A (APH1A, 6530402N02RIK, APH-1A, APH-1alpha, CGI-78, PSF,"
Write a review
Log in or register to review a product.
Similar products
Similar products 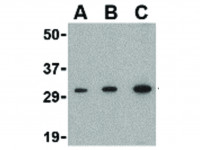 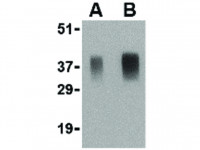 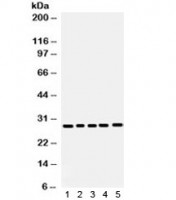 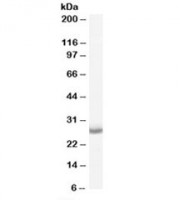 Anti-APH1A, Internal
586.00€ *
Viewed
This website uses cookies, which are necessary for the technical operation of the website and are always set. Other cookies, which increase the usability of this website, serve for direct advertising or simplify interaction with other websites and social networks, will only be used with your consent. More information
Decline Accept all Configure