You can also order using info@biomol.com or FAX at 0049-40-85326022
Bigger quantity required? Request Bulk
Description Product Citations Certificate of Analysis Reviews 0
Description
ALDH1A1 is an aldehyde dehydrogenase able to oxidize a wide variety of aliphatic aldehydes... more
Close menu
Product information "Anti-ALDH1A1"
ALDH1A1 is an aldehyde dehydrogenase able to oxidize a wide variety of aliphatic aldehydes (retinaldehyde, acetaldehyde, etc.) to the corresponding carboxylic acids (retinoic acid, acetic acid, etc.). ALDH1A1 (also known as RALDH1, ALDH1, or AHD2) is highly expressed in the dorsal retina, ventral midbrain (dopaminergic neurons), and hematopoietic stem cells. ALDH1A1 is involved in retinoic acid (RA) synthesis during vertebrate embryogenesis. ALDH1A1 is first detected at E9.0-E10.5 in cranial tissues (ventral mesencephalon, dorsal retina, thymic primordia, optic vesicles) and in the mesonephros. ALDH1A1 is also of interest in Parkinson's Disease (PD) being expressed in the the A9 dopaminergic (DA) neuronal group projecting to the dorsal striatum, this is the most vulnerable site in PD (Chung et al, 2005). ALDH1A1 protein is a known mesencephalic dopaminergic marker. ALDH1A1 is a cytosolic enzyme that preferentially oxidizes retinaldehyde to retinoic acid .ALDH1A1 is expressed in the epithelium of many organs, including brain, liver, testis, eye lens and cornea .ALDH1A1 is highly expressed in brain dopaminergic neurons, where it produces the retinoic acid required for their differentiation and development .The retinoic acid produced by ALDH1A1 is also important for the differentiation of hematopoietic stem cells. Applications: Western Bloting: 1:500-1:2000., Immunohistochemistry: 1:200-1:1000., ELISA: Suggested dilution 1:10000., Optimal dilutions to be determined by the researcher. Storage and Stability: May be stored at 4°C for short-term only. Aliquot to avoid repeated freezing and thawing. Store at -20°C. Aliquots are stable for 12 months. For maximum recovery of product, centrifuge the original vial after thawing and prior to removing the cap.

Caution
Our products are for laboratory research use only: Not for administration to humans!
Product Citations
Information about the product reference will follow. more
Close menu
Certificate of Analysis
You will get a certificate here
Go back
Log in or register to request a certificate of analysis.
Reviews 0
Read, write and discuss reviews... more
Close menu
Customer review for "Anti-ALDH1A1"
Write a review
Log in or register to review a product.
Similar products
Similar products 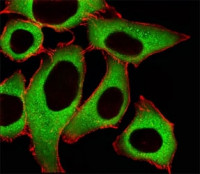 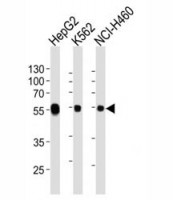 Anti-ALDH1A1, clone 152CT1.2.2
From 228.00€ *
Viewed
This website uses cookies, which are necessary for the technical operation of the website and are always set. Other cookies, which increase the usability of this website, serve for direct advertising or simplify interaction with other websites and social networks, will only be used with your consent. More information
Decline Accept all Configure