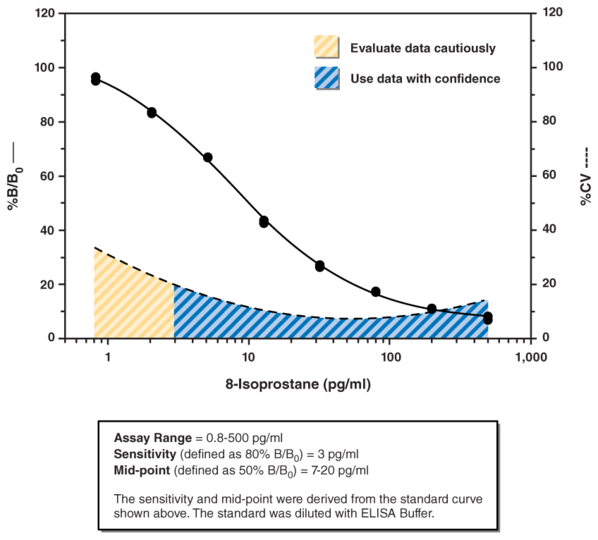 Bestellen Sie auch per E-Mail info@biomol.com oder FAX: 0049-40-85326022
Größere Menge gewünscht? Bulk-Anfrage
Beschreibung Analysenzertifikat Bewertungen 0
Beschreibung
The isoprostanes are a family of eicosanoids of non-enzymatic origin produced by the random... mehr
Menü schließen
Produktinformationen "8-Isoprostane ELISA Kit"
The isoprostanes are a family of eicosanoids of non-enzymatic origin produced by the random oxidation of tissue phospholipids by oxygen radicals. Isoprostanes appear as artifacts in tissue and plasma samples which have undergone oxidative degradation during prolonged or improper storage. They also appear in the plasma and urine under normal conditions and are elevated by oxidative stress. At least one of the isoprostanes, 8-isoprostane (8-epi PGF2alpha), has been shown to have biological activity. It is a potent pulmonary and renal vasoconstrictor and has been implicated as a causative mediator of hepatorenal syndrome and pulmonary oxygen toxicity. 8-Isoprostane has been proposed as a marker of antioxidant deficiency and oxidative stress and elevated levels have been found in heavy smokers. 8-Isoprostane levels are also a relative indicator of sample integrity for lipid-containing samples such as serum, plasma, and whole cell preparations. Plasma from healthy volunteers contains modest amounts of 8-isoprostane (40-100 pg/ml) that increase with the age of the test subject. Normal human urinary levels range from 10-50 ng/mmol creatinine, which is an order of magnitude higher than many enzymatically derived eicosanoids. 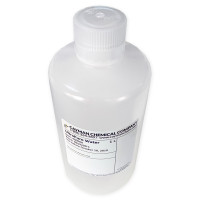