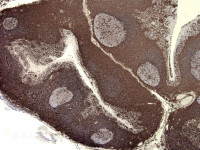 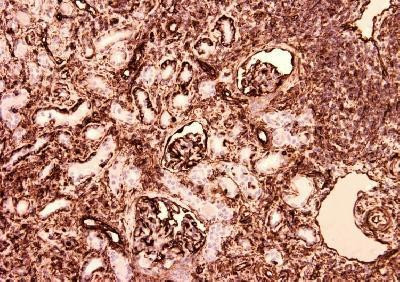 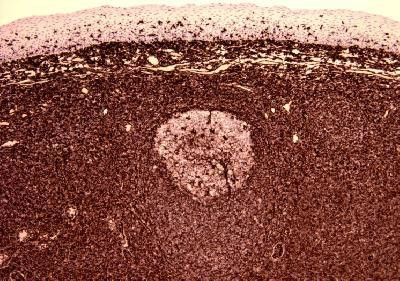 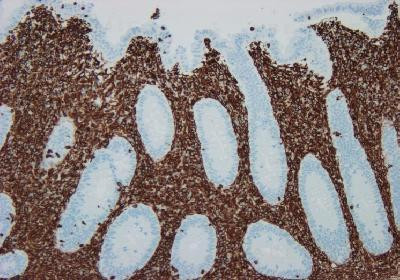 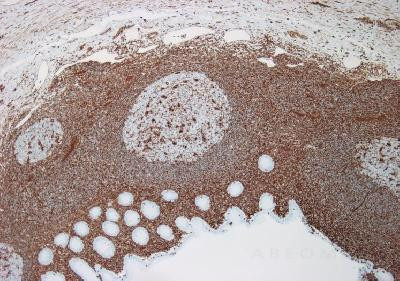 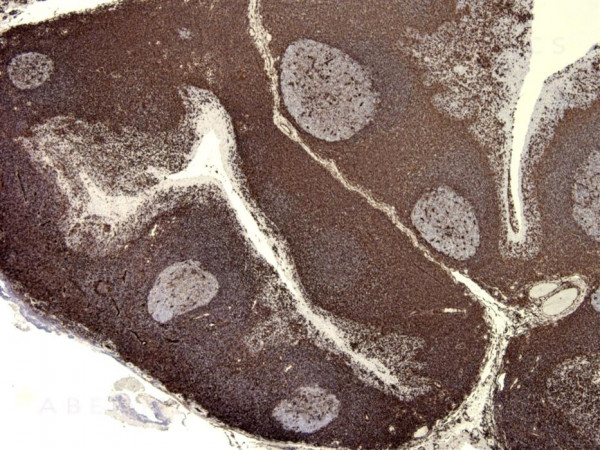 Bestellen Sie auch per E-Mail info@biomol.com oder FAX: 0049-40-85326022
Größere Menge gewünscht? Bulk-Anfrage
Beschreibung Produktreferenzen Analysenzertifikat Bewertungen 0
Beschreibung
Vimentin is the major subunit protein of the intermediate filaments of mesenchymal cells. It is... mehr
Menü schließen
Produktinformationen "Anti-Vimentin (Clone: BS13)"
Vimentin is the major subunit protein of the intermediate filaments of mesenchymal cells. It is believed to be involved with the intracellular transport of proteins between the nucleus and plasma membrane. Vimentin has been implicated to be involved in the rate of steroid synthesis via its role as a storage network for steroidogenic cholesterol containing lipid droplets. Vimentin phosphorylation by a protein kinase causes the breakdown of intermediate filaments and activation of an ATP and myosin light chain dependent contractile event. This results in cytoskeletal changes that facilitate the interaction of the lipid droplets within mitochondria, and subsequent transport of cholesterol to the organelles leading to an increase in steroid synthesis. Immunohistochemical staining for Vimentin is characteristic of sarcomas (of neural, muscle and fibroblast origin) compared to carcinomas which are generally negative. Melanomas, lymphomas and vascular tumors may all stain for Vimentin. Vimentin antibodies are thus of value in the differential diagnosis of undifferentiated neoplasms and malignant tumors. They are generally used with a panel of other antibodies including those recognising cytokeratins, lymphoid markers, S100, desmin and neurofilaments. Protein function: Vimentins are class-III intermediate filaments found in various non-epithelial cells, especially mesenchymal cells. Vimentin is attached to the nucleus, endoplasmic reticulum, and mitochondria, either laterally or terminally. [The UniProt Consortium]