Antibiotics that target RNA transcription or DNA replication to prevent new bacteria from being produced must be able to easily diffuse through bacterial membranes. Rifamycins, a subclass of ansamycins, can easily cross the bacterial cell wall and membrane and bind to bacterial DNA-dependent RNA polymerase, thereby suppressing the initiation of RNA transcription. Rifamycins inhibit RNA synthesis by directly blocking the path of the elongating RNA when the transcript becomes two to three nucleotides long (Figure 1). They do not interact with mammalian RNA polymerases but have broad-spectrum bactericidal effects on Gram-positive bacteria and some Gram-negative bacteria. Resistance to rifamycins mainly develops from mutations in the bacterial RNA polymerase. 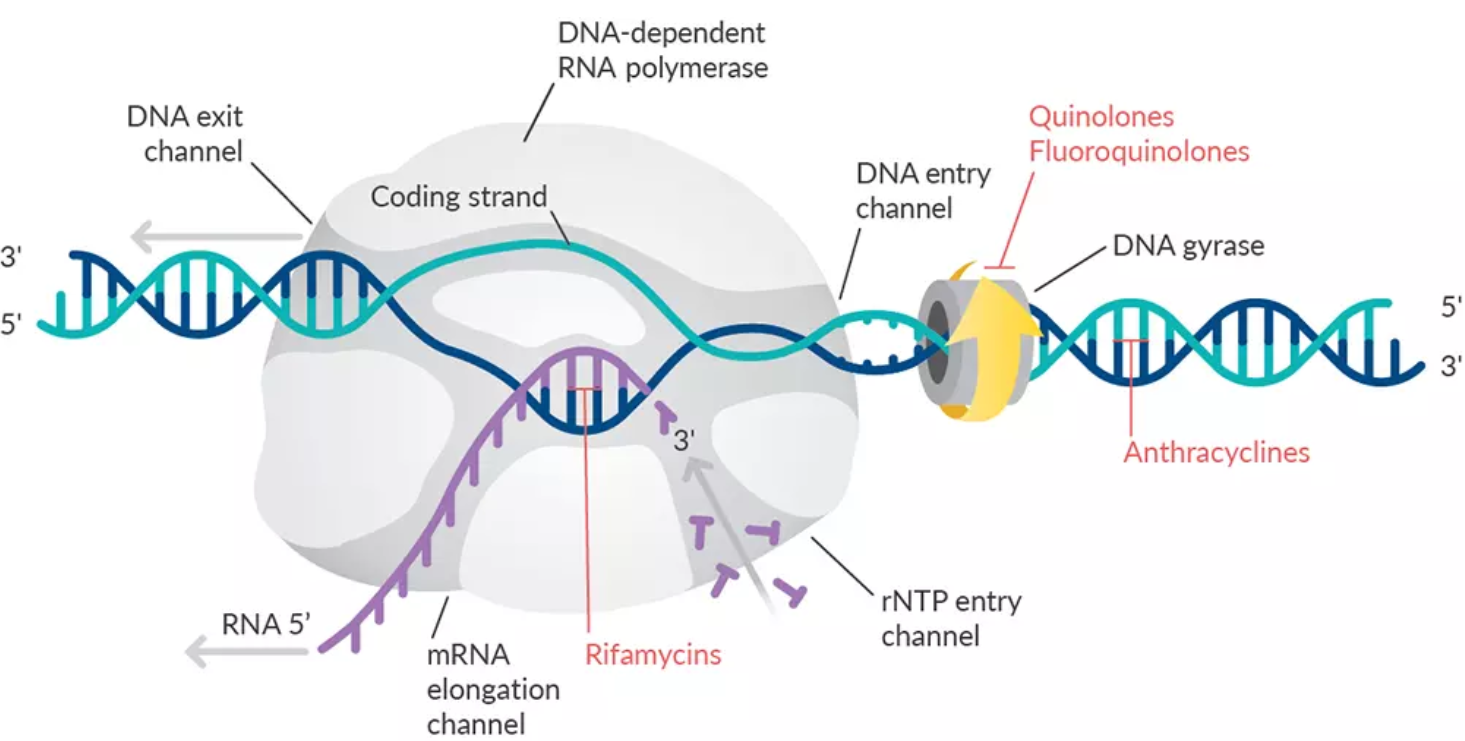 Anthracyclines, which inhibit DNA replication and transcription in both bacterial and mammalian systems, are most often used as anticancer agents. They interact with the DNA-topoisomerase II complex or DNA itself through intercalation or forming covalent bonds and base modifications that require DNA repair or lead to apoptotic cell death (Figure 1). They attack rapidly growing malignant cells as well as normal cells, but because malignant cells are growing at a faster rate than the surrounding normal tissue, a higher percentage of cancer cells are harmed.

Tags: Antibiotics, Cayman Chemical
Related blog posts
How Do Antibiotics Affect Cell Wall Synthesis?
How Do Antibiotics Affect Plasma Membrane...
This website uses cookies, which are necessary for the technical operation of the website and are always set. Other cookies, which increase the usability of this website, serve for direct advertising or simplify interaction with other websites and social networks, will only be used with your consent. More information
Decline Accept all Configure